4 Clues That Your Relationship Has Long-Term Potential

Which is more often true: "Opposites attract," or "Birds of a feather flock together?" In general, it's the latter. People really do tend to partner with others who are similar to them and who share their values.

Of course, this is a generalization. It's easy enough for us to think of relationships that work despite differences (e.g., Democrats and Republicans, vegetarians and meat-lovers,  extroverts and introverts). Where shared inclinations and values tend to be most important, though, is if one or both partners is very extreme in a certain area. For example, my spouse and I are both extremely frugal. We drive most other people nuts with our resistance to spending money. Most other potential partners would find either of us difficult to live with because we're on the extreme end of the normal curve in this regard.

Alice Boyes, Ph.D. has had her research about couples published in leading international journals, including Journal of Personality and Social Psychology. Her work focuses on how people can use tips from social, clinical and positive psychology research in their everyday lives and romantic relationships. She is regularly interviewed for magazines and radio about a wide range of social, clinical, positive, and relationships psychology topics.

Extreme opposite traits can initially attract you to someone—for example, a shy, quiet person attracted to someone who has hundreds of friends and is an expert social networker. However, the more extreme the other person is in a particular regard, the more likely it is that you'll find your differences annoying in the future. Non-narcissists initially attracted to a narcissist's charm is one particularly common example of this pattern.

When your partner has any extreme traits, you don't need to be as extreme as they are, but it's easier going forward if you're not the complete opposite.

2. Your partner is warm, trustworthy, and dependable.

Everyone has their priorities for what they want in a partner. Some people value looks more than money or status, while for others, it's the reverse. But despite differences in people's particular ideals and priorities, almost everyone—both men and women—wants a partner who is warm, trustworthy, dependable, and reliable.

If your partner is warm towards you and other people, that's a good sign. Likewise, if they're emotionally stable and dependable, that's also a good sign. If they're aloof or narcissistic towards others, but nice to you, that's a potential warning sign: Their treatment of others may be more revealing of their true colors. 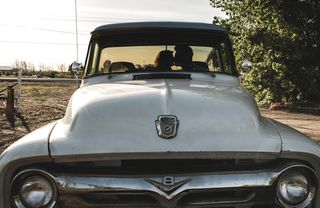 3. You and your partner have roughly equal "mate value."

Problems can occur in relationships when the partners have vastly different objective mate value. We've all seen celebrity marriages in which an attractive, wealthy individual marries someone who doesn't appear to even have a job. Having a partner with lower mate value than yours may be initially attractive, but the sheen typically wears off after time (as we see when such celebrity couples break up).

The reality is that wealthy or attractive people tend to marry other wealthy or attractive people. One might imagine that everyone would want a partner with "10/10" mate value, but this is often stressful due to what evolutionary psychologists call fear of "mate poaching"—if your partner is, say, Maria Sharapova or Serena Williams, chances are you're going to be worried about losing your lover to a poacher.

In general, then, having a partner who has roughly equal mate value to you typically makes for the smoothest, most enduring relationship.

[Note: These are principles of evolutionary psychology. They can seem a bit crass in the modern world, but research shows that they are generally true.]

4. Your partner helps you feel good about yourself.

In happy relationships, people generally view their romantic partners just a little bit more positively than they see themselves. For example, you may view yourself as a 6 out of 10 in terms of physical attractiveness, but your partner views you as a 7. Partners viewing with a slight (but not ridiculous) positive bias is a benefit of a well-functioning relationship, and a good sign for its longevity.

These points are all broad principles. However, if your new relationship ticks the four boxes above, it's reasonable to assume it has the potential to be a nurturing, cohesive long-term partnership. If your relationship doesn't tick these boxes, you may need to be more aware of whether your current feelings might change in the future.